We were preparing to write an article about inventions which originated from a medical patient’s need.

What’d we find? Not much. 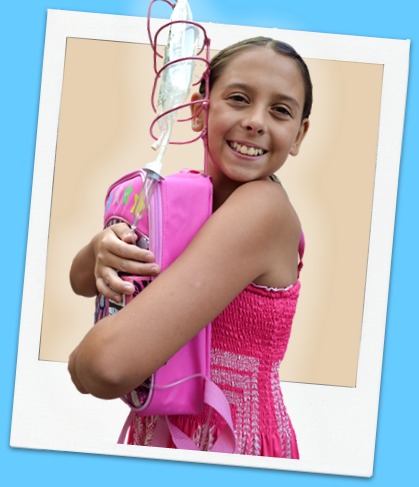 Bright ideas that start with a patient’s experience

It’s curious. The actual end-users of critical devices, wearables, medications and treatments have barely been tapped when it comes to devising improved medical care.

Take Kylie, a 13 year-old Rhabdomyosarcoma cancer survivor. We found her in a Google search, and were surprised to learn she launched a great idea for infusion management for kids. After being an unfortunate recipient of chemotherapy, Kylie recognized that poles used in infusion rooms are clumsy. And, they can limit a young person from being active, if they choose.

The young inventor enlisted dad’s help and developed a prototype backpack complete with a mini-pole for suspending an infusion bag. It makes sense. Not to mention, it’s likely to return some dignity to a kid who’s already positioned to feel awkward about their cancer diagnosis.

We’re happy to report that Kylie is in full remission! However her novel response to managing chemo treatment is still looking for funding or a home with a medical supplier.

Another cancer survivor, Gwen Persichetti, secured a patent for a device that functions similar to KILI Carrier. We spoke to her, and she told us after investing many thousands of dollars, and contacting countless representatives at a major medical supply company, no one returned her calls. Gwen wrote to me, “it’s so darn frustrating because there is such a need! And it seems no one really cares!! UGH!”

What all of us have on our side is the fact that we survived cancer. And after going up against the enormity of a cancer diagnosis, we know we’re strong. Very strong.

We are NOT giving up.